We model a part of a process in pulp to paper production using Bayesian mixture density networks. A set of parameters measuring paper quality is predicted from a set of process values. In most regression models, the response output is a real value but in this mixture density model the output is an approximation of the density function for a response variable conditioned by an explanatory variable value, i.e., f_Y(y|X=x). This density function gives information about the confidence interval for the predicted value as well as modality of the density. The representation is Gaussian RBFs (Radial Basis Functions), which model the a priori density for each variable space, using the stochastic EM (Expectation Maximization) algorithm for calculation of positions and variances. Bayesian associative connections are used to generate the response variable a posteriori density. We found that this method, with only two design parameters, performs comparably well with backpropagation on the same data. 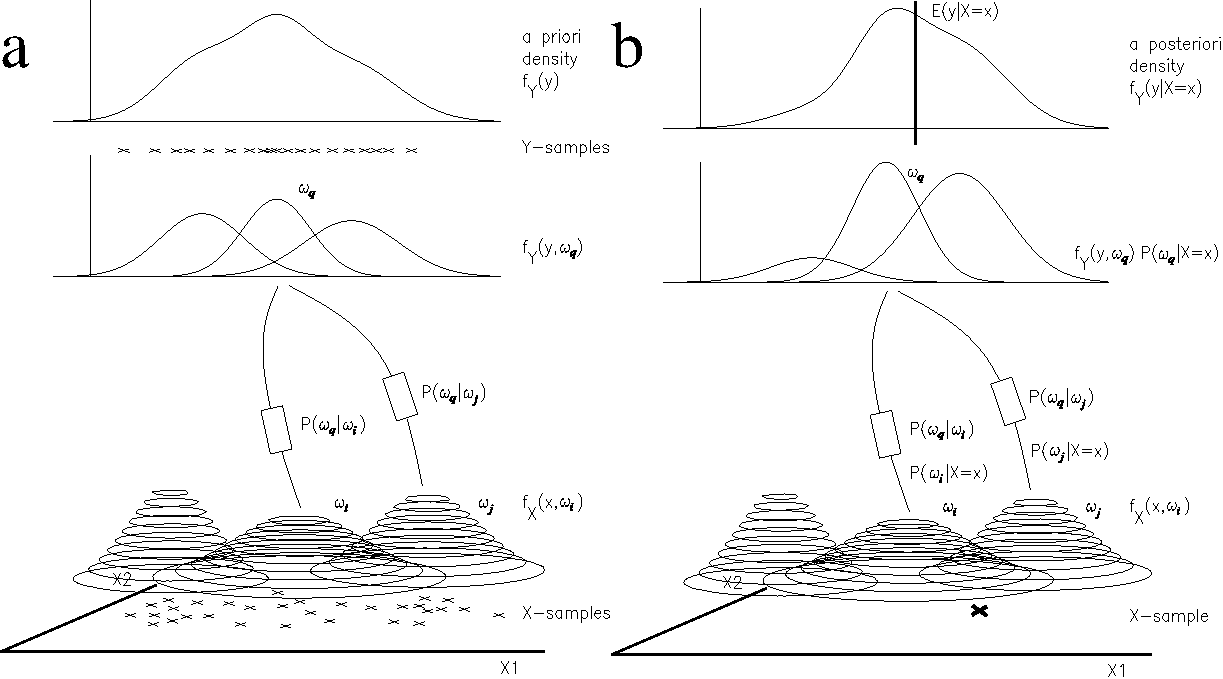